Get Sassy with Your Inner Critic 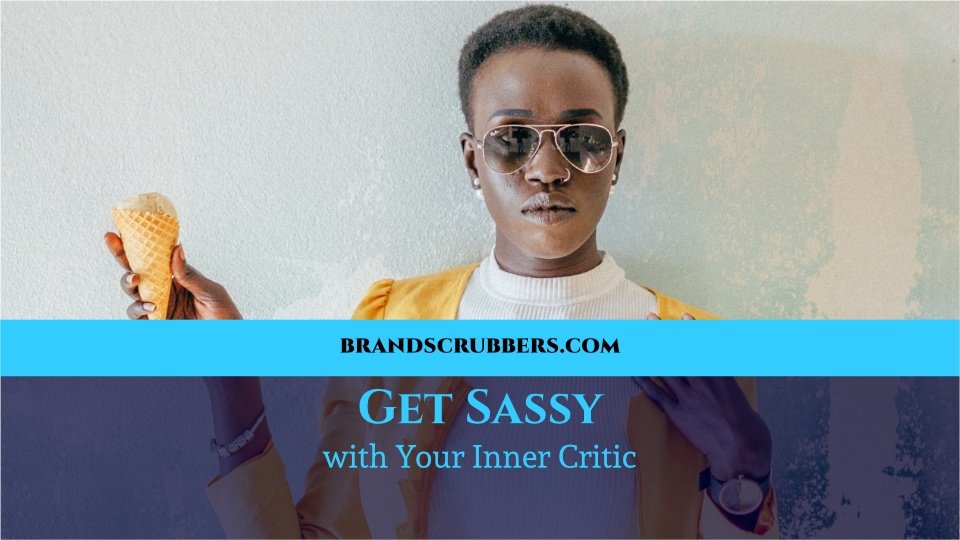 As an entrepreneur, you are constantly striving to learn and grow. There are no failures, only opportunities to learn more. You apply what you learn and work your plans to do better. You want to be more. You seek excellence in all you do. That is a good recipe for success.

It is not without its weak areas though. You are also in the position of having to evaluate your own performance, and tweak what needs it yourself. That takes brutal honesty and, at times, a need to get sassy with yourself. That can be a tough job.

Also, since you are pursuing excellence, each time you do better, you set the bar higher, outside of your comfort zone. That is fine, as it keeps you growing. Stretching yourself is good.

Sometimes, you tend to not cut yourself enough slack. You crank it up a notch, then berate yourself for not excelling. You are not being fair to yourself when you do that. If you keep it up, you can start feeling as if you are never achieving anything. It also leaves the door wide open for that inner critic to start harassing you.

If you are not careful, you can start agreeing with a harsh inner critic. If you don’t manage that critic, it can have you believing lies about yourself until they do indeed manifest. You can become what you fear most.

The thing you need to understand is this: the conversations you have in your head can make you or break you. How you speak to yourself can move you forward to creating a life of your dreams. It can also cause fear and stagnation. From there, unchecked, you can start moving backwards and even end up stuck in destructive thinking. I’ve seen it; I’ve lived it.

How do you fight a cruel inner critic?

It’s not that difficult. It just takes consistency. To make that easier for you, here is our Sassy Guide to Taming the Inner Critic in Five Simple Steps:

Does your inner critic have a point?

The first step to taming your inner critic is to honestly ask yourself if it has a legitimate point.

Ouch. That can be difficult. But it is also a key to growth…and bigger, better things. You should evaluate what it must say.

If there is a valid point – rejoice! You found an area that can be improved on. Now focus and do what it takes to improve. Move forward purposefully, knowing this process will get you to where you want to be.

On the other hand, if you feel like your inner critic is just being mean and the accusations hold no merit, go ahead and get bossy. Tell it to shut up. Throw some proof in its face. Then ignore it and carry on.

So, you sought truth. The truth was, you could have done better. You know it. That inner critic has a point. How to proceed?

Just own it and move on, more determined to do better in that area. There is no need to beat yourself up for a certain period before you can move forward. So, you didn’t step up, or made a mistake. Big deal…show me one successful person who hasn’t. The difference is in how you handle mistakes, not that you never make them.

Don’t wallow in a mistake. Face it, learn from it, then shake it off and keep moving in the direction of your goals. Now you are even better equipped to reach them.

Be as kind to YOU (as you are to others).

Imagine you have a friend that is listening to his or her inner critic. That critic is being brutal…and it is not doing them a bit of good. Entertaining thoughts against self has brought this person to a low place.

Now, ask yourself how you would speak to this person. Would you ever say the things you say to yourself? Probably not. You’d have compassion and be kind.

But, oh how often we are cruel to ourselves, echoing the garbage the inner critic threw at us. Ruminating on it, rubbing our faces in it. Punishing ourselves. We tend to be anything but kind when speaking to ourselves.

How dare you treat another human being with unkindness, even when that human is you.

You need to treat yourself with the same patience, love, and kindness you show others. When my girls were growing up and going through those painful teenage years, self-bashing was common. When it would happen, I’d declare, “How dare you talk about my daughter that way – take it back!”.

If you are speaking hatefully to yourself, take it back. Apologize to yourself and try harder the next time. Make kindness towards yourself the rule.

Bad stuff out. Good stuff in.

You have now thrown out the bad stuff. The lies from a mean-spirited inner critic were held up against truth., were exposed, and thrown out as mental garbage. That is a powerful step, but it is only the first step.

Now, you need to replace that garbage with what builds you up and feeds your soul. You need to use positive affirmations. They are your soul food and your weapon against the critic.

Feed yourself often with affirmations that build you up and move you forward. Speak them, write them, sing them. Make them a part of you; be strong and continue to grow.

When the inner critic tries to put you down, your positive affirmations are your weapon against it. When it calls you a failure…? Declare, “I am not! I am a learner, a doer, and an achiever, so you can hush your mouth!”

Be authoritative… get sassy!

Put that critic in its place!

Show it who is boss and prove it.

The last step is reminding the inner critic of your place. You’ll show ’em!

Don’t just tell that inner critic to hush…..prove it wrong.

How to do that?

*Get an attitude.
*Find your inner sass and use it.
*Be fierce.
*Show your determination.
*Dig deep until you find that place in you that will do whatever it takes to succeed.
*Tap into it, and let it loose!

Then do the steps and prove it.

Gee…where is that negative inner voice now? It has nothing to work with and has grown silent. Mission accomplished!

And what did you do in the meantime?

No small feat, you took who you were and made yourself even better. You stretched yourself; Stepped outside of the comfort zone, applied yourself, and did the stuff it takes to prove the critic wrong.

Send us a message, or leave us a comment; We would LOVE to hear from you!

In case you missed it, you can also find more on shifting destructive thinking -> CLICK HERE! 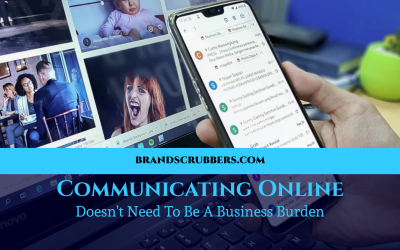 Communicating Online Doesn't Need To Be A Business Burden 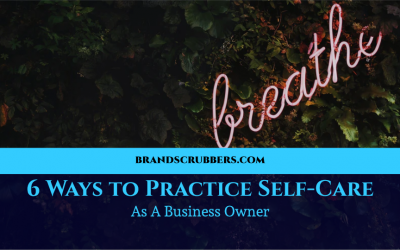 6 Ways to Practice Self-Care As A Business Owner 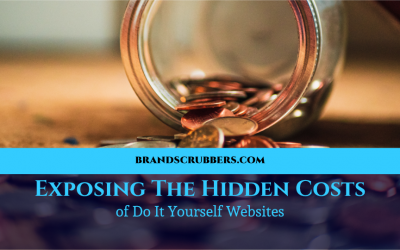 Exposing The Hidden Costs of Do It Yourself Websites