5 unorthodox (but effective) ways to stop anxiety in it’s tracks!

Anxiety disorders are a mental problem as old as civilization, though there are numerous unconfirmed reports that more people are having problems with anxiety and phobias now than ever. While these reports lack concrete evidence to back their claims up, the fact is, a lot of people feel that modern civilization has produced more fear and anxiety in its own citizens than any civilization before it. As an individual who personally experiences drastic and sometimes debilitating anxiety on a daily basis, I’m here to provide you with some of my not-so-ordinary tips and tricks to managing an anxiety attack, 5 of which are:

Anxiety disorders are a mental problem as old as civilization, though there are numerous unconfirmed reports that more people are having problems with anxiety and phobias now than ever. While these reports lack concrete evidence to back their claims up, the fact is, a lot of people feel that modern civilization has produced more fear and anxiety in its own citizens than any civilization before it. As an individual who personally experiences drastic and sometimes debilitating anxiety on a daily basis, I’m here to provide you with some of my not-so-ordinary tips and tricks to managing an anxiety attack, 5 of which are:

Hot Sauce is my go to, my pièce de résistance, and frankly I had never heard of anyone else using this before me. I’ll also admit that this happened completely by accident. It all started years ago while I was attending regular DBT therapy and going through some particularly difficult challenges surrounding my anxiety. Prior to starting therapy I was a bit of a lush, and sometimes you’d find those adorable little bar liquor bottles in my jacket pockets so I never had to go without (yes, those were dark times).

Being in therapy meant, among other things, being sober but certain habits die hard. I did absolutely stop drinking, but I found that I was placing small objects with a similar feel into my pockets almost completely absentmindedly. I suppose in some corner of my mind I was aware of the behavior, but it never caused me any harm so I didn’t bother interrupting the action.

Then one day it happened. It was a rather trying day, certainly everything that could go wrong did, and my emotions were rapidly spiraling out of control. In the lobby of a busy city building the last tether of my control and sanity snapped and my reflexes kicked in. I reached into my pocket for the comforting small bottle shaped, tore it our furiously, popped the top, and proceeded to down the whole thing.

I imagine it was a delay of about 15 seconds, which I attribute to my extreme state of distress, before the effects of what I had consumed to kick in. As my eyes burst out in tears and my skin flamed red hot I looked down at the bottle in my hand and to my dismay found a sampler of some ridiculously hot sauce I’d been handed some weeks before.

You can try it yourself, or you can take my word for it, but I simply could not do or feel anything but blazing fire for quite some time after. I believe it was several hours before I even notice that I did not return to my state of anxiety. Heck, I even road a busy rush hour C-Train all the way home without so much as twitch.

Scientifically, the biggest reason this works is endorphins. Every time you eat something hot, you release endorphins and endorphins are the natural “happy drug” that your body produces. Endorphins resemble opiates in how they work. They relieve pain and promote a sense of well being.

I can’t take credit for this one but I use it and will advocate it as often as possible! I mentioned earlier I was in DBT. Well, one of the first batch of skills I learned, also known as “rescue skills”, were TIPP skills.

The Icy Face Bath is modeled entirely off of the “T” – Temperature and the principle of the Dive Response. The most important component of which is the primary reaction – Bradycardia. In short it’s your bodies ability to drastically slow your heart rate in response to the body’s inability to renew it’s air source.

Here’s how it’s applied; First you get a nice bowl a little larger than your face which you will fill with water and ice cubes. Once the ice has reached icy cold temperatures, you will submerge your face into the water for 30-60 seconds. You must make sure that you are holding your breath, and the water is covering your entire face. This will activate a response from your nervous system, and you’ll go into almost a mild state of shock. The bradycardia kicks in and slows your heart rate.

As those of us with extreme anxiety knows, an increase heart rate goes hand in hand with an anxiety attack. Give the above trick a try if you want to “fool” your body into calming down.

Bubbles are beautiful, wonderful, fantastical things. I may be asking your indulgence here, but I feel that this is one of my more effective tools. Shortly after my hot sauce incident, close enough that there was still no risk of my accidentally consuming the contents of my pocket, I had been given a few small bottles of bubbles. It was something my therapist had received at a wedding she attended and thought to bring in as a fun new meditation technique.

To her credit, it was a very fun way to spend a couple of minutes. She also started me down the path, but I unlocked some deeper secrets. I could find almost Zen-like states through the process of blowing, observing, and analyzing bubbles.

Next time you are getting stressed, go through a few steps. Get out a bottle of soap bubble mix and a wand (or you can learn how to make your own here) and find some space you don’t mind a little soap residue, and begin your bubble mediation journey.

After you blow the first bubble, watch the colors. Much like the way we see a rainbow on an oil slick, you will witness constantly changing and shift colors in the sheen of the bubbles. This is caused by a refraction of light waves of off the inner and outer surfaces of the bubble wall. Over time as the density of the bubble wall deteriorates, the bubble will change color. Each time you blow a new bubble, you’ll be presented with a new cornucopia of color changing routines.

For times of move urgent distress, I recommend naming out the colors as they appear or change to add an auditory connection and keep you grounded. Rinse repeat a few times and you’ll find you’ll forget what you were anxious about. This also happens to be a handy trick for rumination!

Packing For A Trip

My wild, adventurous, nomadic side absolutely adores this technique. I favor it when I’m battling restless anxiety but you can whip it out anytime you are dealing with anxiety.

When was the last time you went on a trip for more than a few days? For many, it’s been some time. I happen to do this frequently as a meditation technique to get ahead of anxiety and rumination; It’s a distraction based skill. Distraction skills are helpful in reducing negative and harmful thoughts, and replacing it with a more effective and healthy thought.

Many therapists and healthcare practitioners will tell you to replace a negative action or feeling with a positive. For example, if I am feeling very agoraphobic, I would be advised to get out of the house, go for a walk, meet a friend for coffee, anything polar in expression. For those of you out there like me, the thought of forcing cheerful forays was just too much.

I found the happy medium in packing. I’ll pretend I need to suddenly pack immediately for a very urgent trip that will keep me away for 2 weeks. I don’t have much time and I have to make sure that I can pack everything I need. I set myself a hour timer and begin my challenge. This is engaging all of my cognitive abilities to sort, process, and “park” in order of importance, everything I need for myself for a 2 week trip away.

No, I’m not telling my body to feel something isn’t ready for, that doesn’t work for me, instead I’ll re-direct the nervous energy into a thought and action based task that also envelopes my imagination and competitive nature. Usually by the time I’m done, I’m thinking about where I can take my next little getaway to and not what I was previously anxious about.

Alright so technically you aren’t going to feel angry or go mad when doing this, it’s a turn of phrase; Let me explain. I mentioned earlier in this article the TIPP skills; I stands for Intense Exercise. Exercising helps ease depression and anxiety in a number of ways which include releasing feel-good brain chemicals such as neurotransmitters, endorphins and endocannabinoids.

The trick is to really give it all you got. Sprint like you’re being chased by lions, or like you’re trying to catch the ice cream man up the street (come on, we’ve all done it), or if you’re the competitive type you can imagine you are running a touchdown or winning a 100m dash! If you want to read a great article on the science behind it, check out “What Happens to Our Brains When We Exercise and How It Makes Us Happier” Written by Leo Widrich

I mean, look how amazing running is for your body! This post from TheBabbleOut.com will blow your mind.

The other part of this technique also involves again tricking your mind and body. When you experience a burst of activity, your entire body is going to rush to catch up: Your breathing increases, your heart rate increases, your body temperature rises. When you stop after a minute or two, your body will want to naturally go into a rest cycle. It’s this rest cycle that is the tricky part. If you were in an anxiety attack, you can’t reach this cycle, but if you re-adjust and turn the energy into a physical expenditure, you’ll run it out much faster than you would trying to ride the emotion out.

There you have it – my tips to stopping an anxiety attack in it’s tracks. There are millions of tips, tricks and techniques designed to help you through periods of high anxiety. Some of them will work for you, some of them won’t. What I am trying to highlight by writing this article is that anything can work for you, but not everything will, so get creative and experiment until you find what does.

Give Thanks Eh! – A Brief History of Canadian Thanksgiving

Death by Comfort Zone – Why safe isn’t so safe. 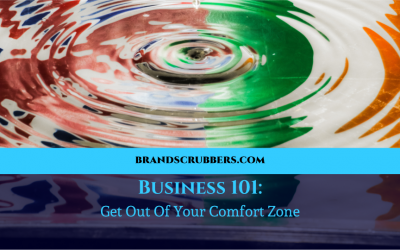 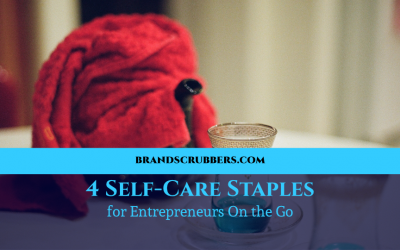 4 Self-Care Staples for Entrepreneurs On the Go 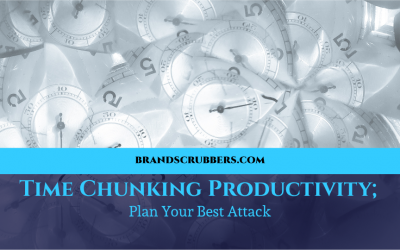